Twizzler, affectionately known as Twiz, is a very handsome 8-years-young senior male who is looking for his forever home. Like so many of our Dober-boys, Twiz requires a person who can provide consistent boundaries and clear rules along with the affection this guy naturally inspires. There’s so much to love about Twiz: he’s a great walking partner and he loves to show off his obedience skills. If splashing in the kiddie pool was a sport, Twizzler would represent DRU in the Olympics! If that’s not available, he will joyfully play ball with a human friend. The staff, volunteers, and our trainer have spent a lot of time with Twiz and he’s come a long way. Now it’s time for him to find a person of his very own to keep on this positive path forward. Twiz has had a few health challenges in his life and has been treated for pancreatitis as well as an obstruction and has had his stomach tacked to prevent bloat. He is also Lyme positive. None of these issues will prevent Twizzler from leading a fulfilling life with Dobe-savvy adopters. Twiz would probably be happiest as an only dog, and would do best in a home without resident children or cats. 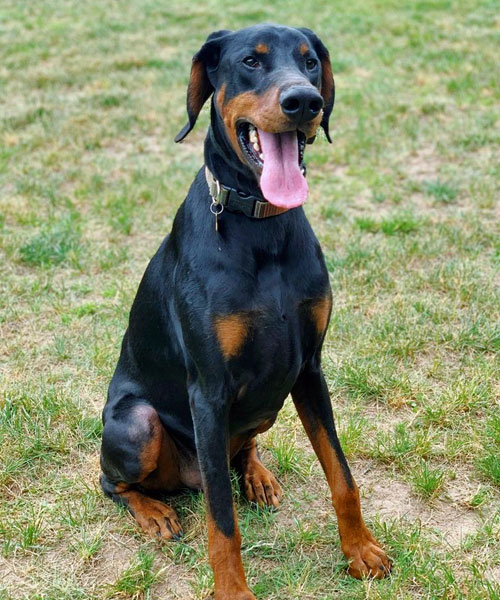